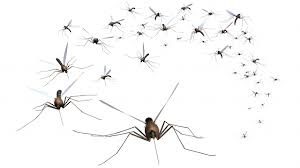 There are several more countries that have been added to the CDC’s list of places where Zika transmission has been reported, and to where you should not travel. Zika has been reported transmitted by sex, rather than by mosquitoes, in one case in Texas; this prompts new recommendations for disease prevention. Testing is now allowed for any individuals, not just for pregnant women, who have travelled to endemic regions within the last two weeks and have at least two symptoms. Today Governor Cuomo announced free testing for pregnant women in New York who have travelled to endemic areas in the last 2 weeks, regardless of symptoms. We have a better idea how long the virus lasts in your bloodstream, but don’t yet know for how long it lasts in semen.

It is likely that the list will continue to grow as more cases are reported. Before embarking upon travel, please check the CDC website:

One case of Zika virus infection transmitted by sex, rather than mosquito bite, was discovered in Texas on February 2 . The Dallas County Health and Human Services Department reported that a patient with the Zika virus was infected after having sex with someone who had returned from Venezuela, where Zika is circulating.

Health officials in Dallas said that the person infected during sex had not left the United States, and that there was no documented transmission of the virus by mosquitoes within the city. The returnee from Venezuela had visible symptoms of Zika.

After the report, the Centers for Disease Control and Prevention changed its advice to Americans visiting regions in which the Zika virus is spreading. Men having sex after traveling to these areas should consider wearing condoms, officials said, although they did not indicate for how long this would be necessary. Pregnant women should avoid contact with semen from men recently exposed to the virus, federal officials also said. The agency plans to issue further guidelines soon.

On Tuesday, CDC Director Dr. Tom Frieden told CNN Chief Medical Correspondent Dr. Sanjay Gupta: “There have been isolated cases of spread through blood transfusion or sexual contact and that’s not very surprising. The virus is in the blood for about a week. How long it would remain in the semen is something that needs to be studied and we’re working on that now.”

Although no public health group has yet issued guidelines regarding travel to endemic areas by male partners of women who are attempting pregnancy, I think the conservative approach currently is to recommend that those men should not travel to endemic regions at this time.

Scientists have suspected for several years that Zika could be transmitted sexually. In 2008, a malaria specialist who caught the Zika virus while gathering mosquitoes in Africa passed the infection to his wife shortly after his return to Northern Colorado. Last year, French scientists described finding viable Zika virus in the semen of a 44-year-old Tahitian man who had recovered from an infection during a 2013 outbreak in French Polynesia.

Governor Andrew M. Cuomo today directed the New York State Department of Health to expand the free Zika virus testing program for all pregnant women who have traveled to areas where the infection is ongoing, regardless of whether they exhibit symptoms. These actions follow Monday’s announcement of free-testing for symptomatic individuals and an information line (1-888-364-4723) for the public and healthcare providers to learn more about the virus.

Also, the New York State Department of Health (2/1/16) will provide Zika virus testing for all individuals, not just pregnant women, who recently traveled to an area with ongoing Zika virus transmission and are currently symptomatic.

Since there is no specific treatment for Zika, I am not encouraging testing at this time for anyone other than pregnant women or symptomatic individuals who have travelled to endemic areas within the last two weeks.

For how long is the virus in your bloodstream?

According to the New York State Department of Health (2/1/16), women who have traveled to an area with ongoing Zika virus transmission should wait a minimum of 21 days after returning before trying to become pregnant. Twenty-one days allows for an incubation period of 3-12 days plus approximately 7 days for virus to clear the body.

The Washington Post (2/3/16) reports that the United Kingdom’s National Health Service announced Wednesday that it will place a 28-day “self deferral” period for “prospective donors who have returned from any of the nearly 30 countries and territories” affected by Zika. The move comes a day after the American Red Cross issued the same temporary policy. Officials at the Food and Drug Administration are assessing whether travelers who have visited places with local Zika transmission should defer donating blood.

USA Today (2/3/16) said the announcement “comes two days after a similar recommendation by the American Association of Blood Banks [AABB], which says the virus is believed to remain in the blood for less than 28 days.” Meanwhile, the Canadian Blood Services “said Wednesday it is barring people from giving blood within 21 days of traveling outside of Canada, the continental USA and Europe.”